Eight runners learned firsthand erecting walls is good for nothing. 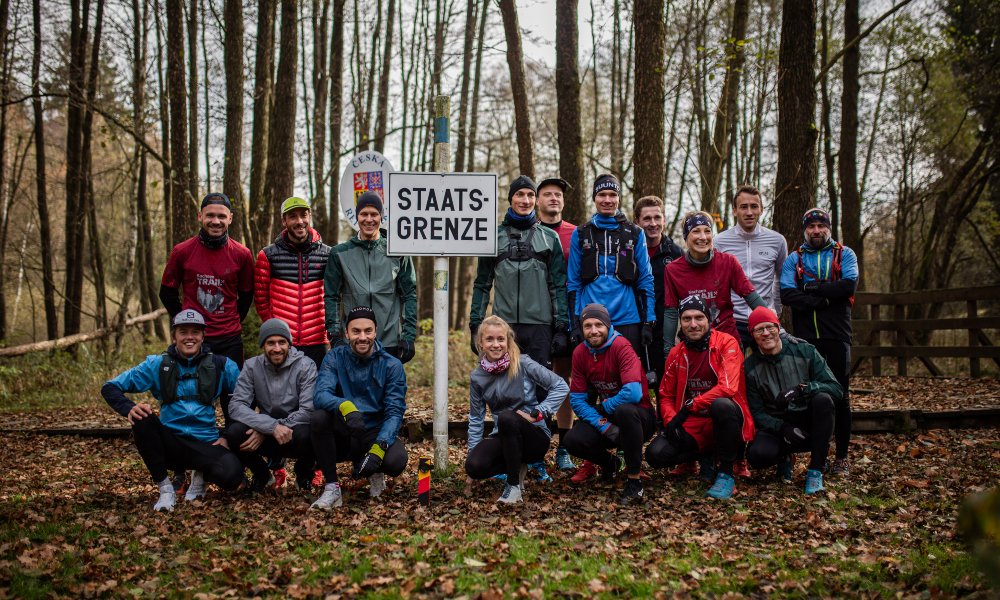 Local runners came and joined the team as they ran through different areas. © Philipp Reiter

To celebrate the 30th anniversary of the fall of the Berlin Wall, eight runners from Germany and Austria ran the 1400 km barrier that divided east and west Germany for 38 years.

The eight day relay run happened in November 2019 and now the team has released the documentary, which looks at both their journey, and the tragic history surrounding the wall.

They began in the south-east of Germany and ended in the north on the Baltic Sea. All along the way they encountered the still visible remains of the once militarised zone that west Germans once called “the death strip” because so many east Germans were killed while trying to escape across it.

All coming from Germany and Austria, the experience turned what was previously a vague sense of their own history into something real, moving and also rousing. Each runner felt the importance and urgency of defending democratic institutions, freedom and truth.

“There’s not a lot of the wall left, it was taken down,” says organizer, mountaineer, and film maker Philipp Reiter.  “This really got me thinking that now it’s about taking down the walls that are in our heads, in everyone’s heads. It’s not about east or west anymore, it’s about all the things that get stuck in our minds and steal our personal freedom. All these things that stop us from being happy and being free.”

Watch their journey below.

This relay run shows we are stronger together