Keirron Tastagh and George Shaw paddled halfway around Ireland before bad weather forced them to abandon the expedition.

Keirron (bottom) and George setting off from the Isle of Mann. © AdventurousExperiences.com

Except for one rest day, they were on the water everyday for two weeks, paddling clockwise, down and around the east and south coasts, making it as far as Baltimore.

Both men are long time adventure sports coaches, specializing in sea kayaking, and work together at Adventurous Experiences, an outdoor adventure centre on the Isle of Mann. It was Keirron’s tenth major expedition, with two previous including paddling a double kayak around Vancouver Island and kayaking along the Aleutian Islands in the Bering Sea. 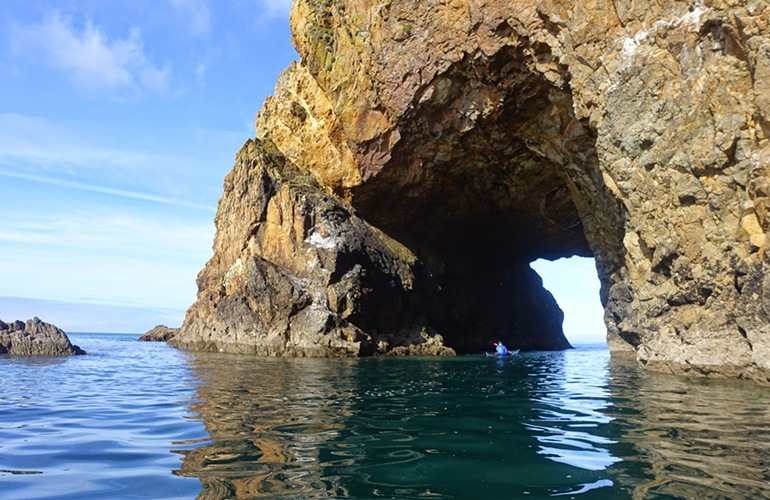 Discovering sea arches like this one made the hard paddling worth while.  © AdventurousExperiences.com

With fully laden expedition kayaks, they began their Ireland Challenge by paddling from the Isle of Man to Northern Island, a 56 km journey that took them just over seven hours.

Their goal was to circumnavigate the entire Irish coast. To navigate, they used Suunto deck compasses, as well as back up devices in their Buoyancy aids. “Navigation also relies on accurate timekeeping, and my Suunto Core Black was central to this,” Keirron says. “Its barometer function was also invaluable in displaying trending pressure, allowing us to predict weather systems.”

The success of the expedition was always dependent on a high pressure system holding over Ireland, creating calm conditions, allowing for high mileage, long open water crossings, visits to remote islands and camping along the way. Unfortunately, the good weather didn’t hold. 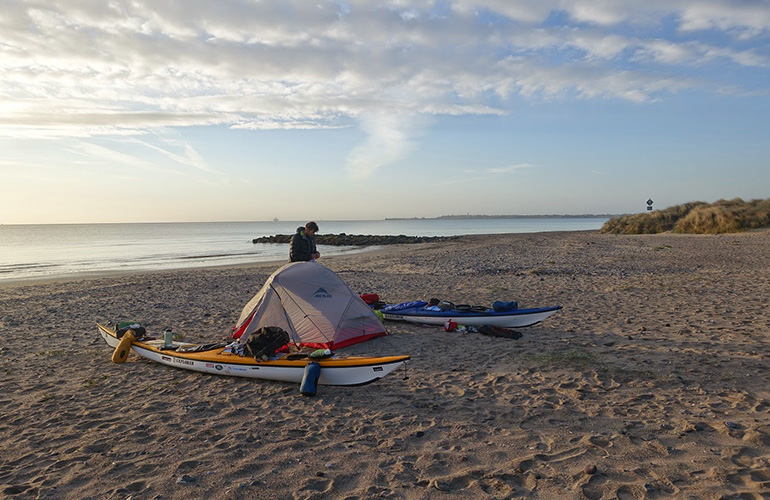 “We got winter squalls, hailstones, up to gale force winds and had to stay close in paddling every inch of the coastline,” Keirron says. “It reinforced my belief that any sea kayaking expedition needs three factors; luck, skill and judgement.”

Conditions gradually worsened, creating more risk. This led to a strain on their team dynamics “I believe a good team dynamic is essential to incident prevention,” Keirron says. “So every day held real physical risk, and the longer the period spent paddling the more this risk increased.”

They paddled to Baltimore before making the difficult decision to postpone the rest of the expedition. Their kayaks are still waiting for them in Baltimore and the two adventurers are discussing when to complete the journey. 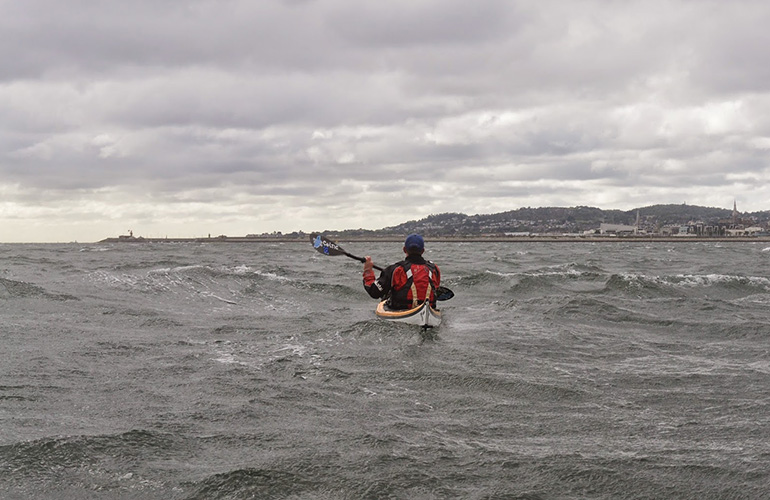 Bad weather conditions forced them to postpone the rest of the expedition. © AdventurousExperiences.com