Bo Lenander has been inventing and exploring all his life. At the age of 70, Bosse joins the divers of the Bjurälven 2016 expedition and travels to the Polar circle with his gadgets. As the divers start their underwater journey in the 2-kilometer cave, Bosse tracks their movement with the equipment he has designed for the expedition.

In 1979, Bo “Bosse” Lenander was hiking in the Bjurälven natural reserve. He was enjoying the northern Swedish landscape with its lush green beauty of the summer, making his way along the river running through the limestone valley.

Bosse arrived at the river source. Being a curious individual, he was soon in the water, freediving to the bottom of the pool. There he found a 10-centimeters wide opening, water flowing through it. There was a cave behind.

The Swedish word 'dolin' describes a formation where erosion causes the ground to collapse into a water-filled cave. The cave in Bjurälven Valley originates in the lake Bosse dived, Dolinsjön (Dolin lake), and was therefore given the name Dolinsjö cave.

For many years, Bosse's discovery stayed as a footnote to the Swedish cave exploration. Attempts were made to enter the cave, but the hard flow denied access during the summer months, hurling water out at tremendous speeds up to 20 knots. 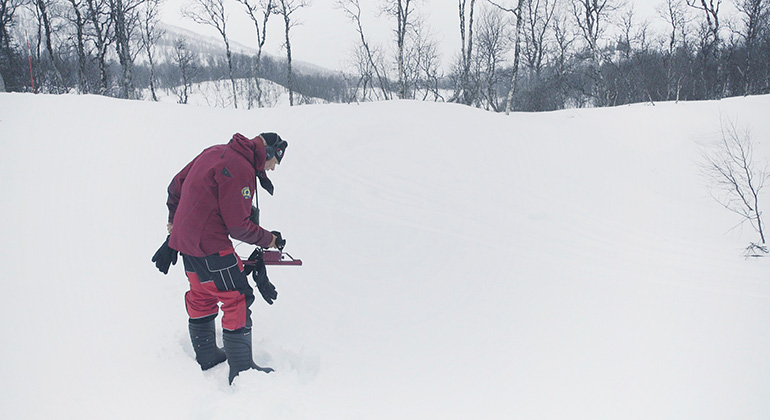 Exploring the cave in winter

In 2007, a group of Swedish cave divers decided to make an attempt during the low-flow winter season, even that it meant hauling gear through the deep snow and making a hole in the meter-thick ice. On the other hand, the snow would protect the fragile nature reserve from being damaged by the expedition.

The idea proved right. After transporting the gear through the snow filled valleys and forests, divers managed to dig their way in and map 50 meters of the underwater passage. The cave kept going. So the divers returned every winter, to add a few meters of line and discover what's behind the next corner.

In 2011, the expedition team invited Bosse to join. A glimmering blanket of snow covered the Bjurälven Valley when he arrived on-site. This time, he decided, there would be no freediving for him.

But Bosse had another idea. As he was an active radiolocation hobbyist, he had built a device that could detect magnetic pulses from underground. These, he figured, could be used to pinpoint the exact location of the divers and features of the cave. This may all sound like an easy task until you consider that the cave is surrounded by a thick sheet of marble and layer of gravel originating from the ice age, blocking most signals from passing.

Bosse's concept proved to be working and is now used by the expedition to record exact locations of the cave formations. 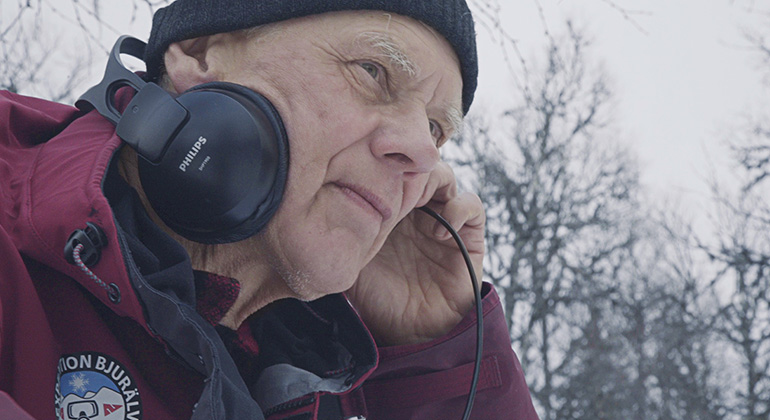 The cave was re-mapped during the 2016 expedition. A new generation of precision equipment had become available, and a new map of the cave was soon created, including a full 3-D rendering. Suunto EON Steel compasses were the tool of choice for the underwater mapping. Also, fixed points were placed inside the cave and located on the surface using radiolocation and advanced satellite positioning.

In April 2016, the Expedition Bjurälven team managed to extend the mapped parts of the cave to well over 2 kilometers. They found a massive collapse after sump five, and another sump after that. Longest exploration dives to the end of the line took 7 hours to complete. Divers spent 244 hours in the cave during the expedition week.

Today, 37 years since Bosse's discovery, Dolinsjö cave is one of the longest water-filled caves in Sweden. Bosse is still an active member of the expedition team, regardless of his age of 70.

Well, you know what they say about rolling stones.