Meet the nomad who has cycled around the globe four times

Meet the nomad who has cycled around the globe four times

Pierre Bouchard began cycle touring in 1990 and has since travelled all over the world, covering the distance of four loops of the planet. In this first of three instalments* about the “Nomads” we asked him what he’s learned. 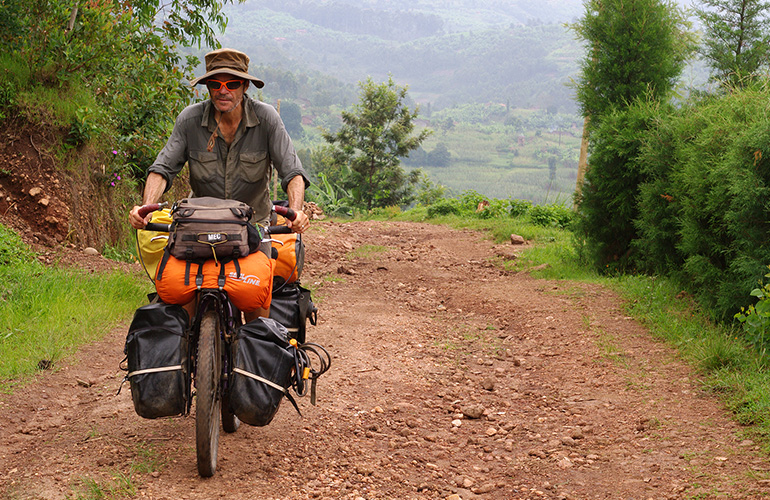 Pierre Bouchard’s life on the road began with sage advice from a philosophy professor; “the ideal would be to travel the world and account for it,” the professor suggested during a lecture. Then a philosophy student, Pierre says as soon as he heard this his “mind flew right out the window”.

Shortly after, he dropped out of university and set out to study what René Descartes called “the great book of the world”. He pedalled more than 71,000 km through 18 countries in the following seven years. His partner Janick Lemieux joined him on the road in 1997 and together they’ve cycled through more than 60 countries in the Americas, Europe, Asia and Oceania – and currently Africa.

Their expeditions are about far more than seeing sites and sampling foreign food, however. The couple approach their journeys as acts to build understanding and solidarity between distant cultures. They are particularly interested in remote and nomadic cultures and have given hundreds of lectures about their findings and experiences.

“By sharing what we learn, and by informing our hosts on the road about our own culture, we contribute to a sense of humanhood which is the basis for genuine solidarity!” Pierre says. “We‘ve learned that we all have the same needs and are all subjected to the same existential conditions, so why not help one another?”

“People are very curious and somehow don’t feel threatened by strangers on loaded bikes. They come close, greet us and inquire about the obvious journey we’re on which often triggers a reflex of human solidarity where invitations for a drink, meal, shower and shelter fuse.” 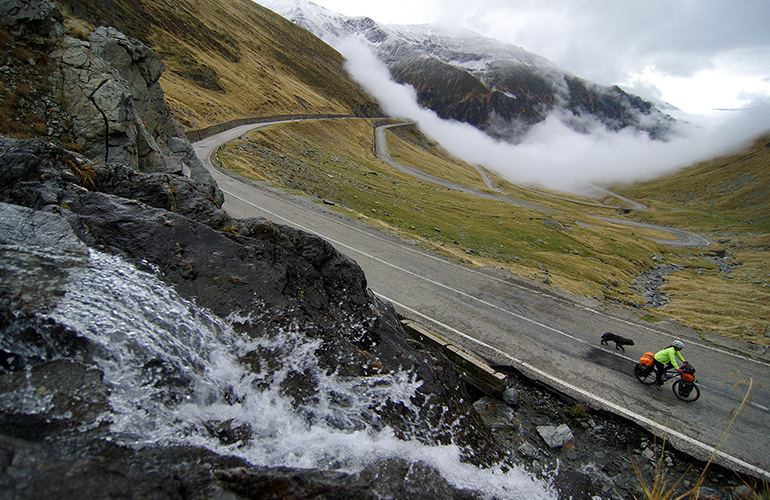 Through 1999 to 2009, the couple circumnavigated the Pacific Rim, riding along its tectonic faults and ridges, pedalling from one active volcano to the next. Travelling clockwise from Vancouver, they cycled about 60,000 km in six years, using 300 volcanoes to create their itinerary and hiking to, around or to the summit of around 60.

“One of the advantages of having a theme to explore is that they take you to places you would never imagine – you don't usually think of Vanuatu or the Solomon Islands as your typical bike touring destinations, but they rock,” Pierre says. “The Ring of Fire quest took us to some of our planet's wildest spots and warmest people.” 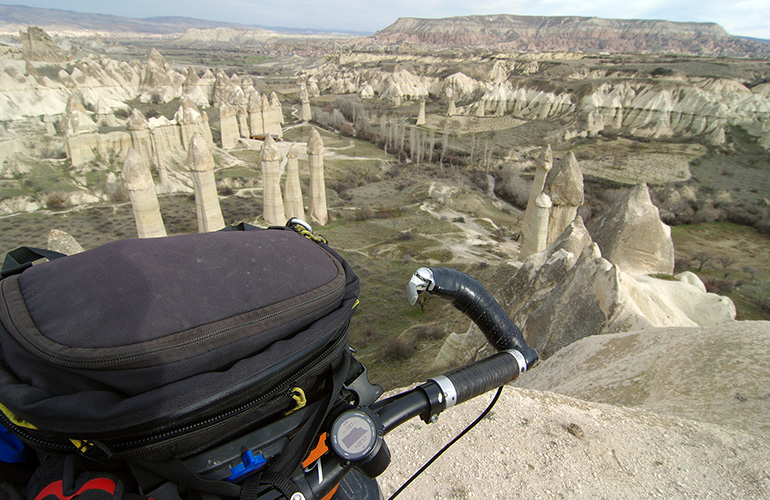 Pierre and Janick are currently cycling through Tanzania, having made it more than half way through their 35,000 km NOMADS² cycle tour. The three-year expedition is focused on deepening their understanding of the nomadic way of life. Starting in Norway, they cycled north to Lapland, and then south down through Eastern Europe, the Middle-East and the east of Africa.

Along the way they have contacted various nomadic peoples, such as the Sami in Scandinavia, the Roma in Europe, and other tribes, seasonal herders and hunter-gatherers. After cycling 21,000 km in 21 months, they’re pausing their journey shortly in Tanzania, and will return after a 15 month break to complete the journey north up the west of Africa to Morocco.

“We have learned that being a nomad is becoming more and more difficult because, due to the population explosion, the world is getting crowded,” Pierre says. “The race to exploit natural resources by the more powerful often pushes nomads out of their natural territories to which they often have no legal deeds. There is also development playing a role, with new school-going nomad generations often not willing to continue to live simply like their parents and ancestors. For now, nomadism is fast disappearing.”

“Nomads are in symbiosis with nature and for this reason, it would be good for the planet if more of us were to adopt the way of the nomads. They definitely inspire us to have a lower and sustainable impact on the environment and its resources!”

*Stay tuned for our second and third stories about the Nomads, and find out which countries in the world are the most cycle-friendly!