26-year-old Dani Sandoval now owns the female FKT on the western hemisphere’s highest mountain. Here’s how she got it.

Records are made to be broken, and over the past few years, Aconcagua has seen quite a few of them. At 6,691 m, it’s the highest point in both the western and southern hemispheres but offers a (relatively) non-technical route to the summit – meaning it’s a favorite of trail runners who like to pack light and move fast. First, Kilian Jornet set a round-trip record in December of 2014, Swiss-Ecuadorian Karl Egloff followed just two months later cutting an hour off Kilian’s time. In 2016, Brazilian Fernanda Maciel put up a new women’s record, and now, at 20 hours and 17 minutes, we’re happy to announce the new record holder: 26-year-old Dani Sandoval from Quito, Ecuador.

The young talent from South America has burst onto the scene – while ultrarunning typically takes years of training, she's ascended to elite level quickly, taking first place over 80 km at the La Misíon race in Argentina in 2016. She won two more 80 km ultras in South and Central America. But eventually, altitude called to her – and we shouldn’t be surprised – her parents were both enthusiastic mountaineers. We called her up to find out how she went from going ultra-far to ultra-high. 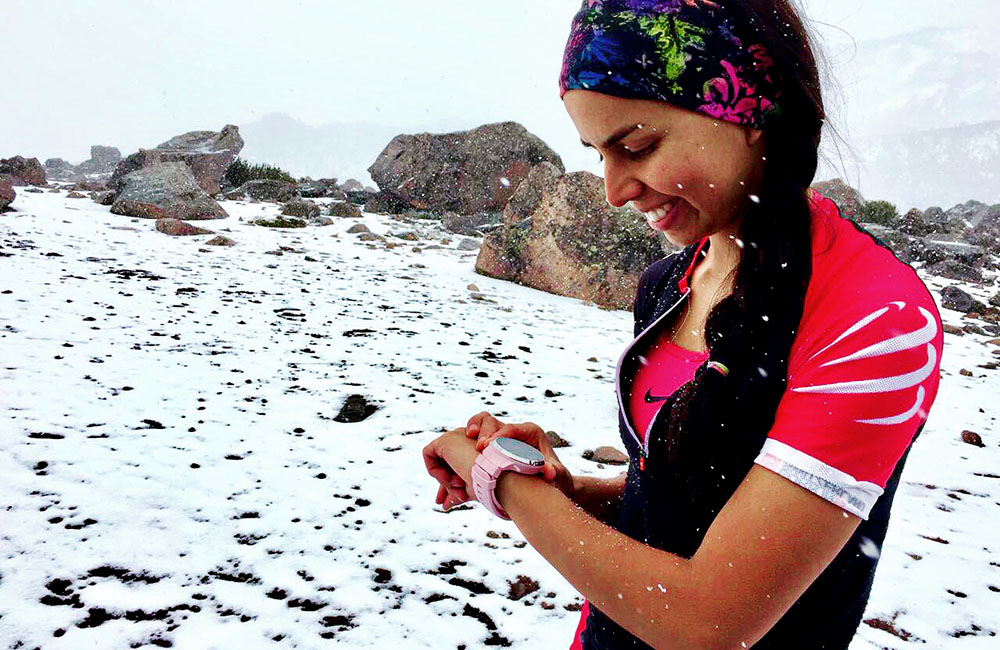 When, precisely, was the moment you decided to do this?
It was more than a year ago when Nicolás Miranda, a fellow athlete, and I went to our first peak, Cayembe, at 5,790m. There Nico noted my body responded to altitude in a different way than most athletes. It was right then when he suggested I should try to break Aconcagua’s FKT.

How did you feel the moment you started?
Mixed emotions. At the moment, the greatest was fear. Fear of failing, but the mountain was perfect, full moon, no wind, and clear skies. Suddenly fear became hope and I simply enjoyed each stage of what was the best experience of my life.

What was the most challenging part in your training?

Spending full days in the mountains, weekends at high altitudes at the end of the year, precisely during Christmas and New Year’s Eve, which are days I spend with my family. But for this project I had to say no to spending time with family, so I could train and work towards being ready for January!

Does your job as a physio help your training?

Yes, it really is an advantage. During my training in Aconcagua I suffered a second-degree sprain. I was able to recover in only 2 days and be ready for the record. I was scared, I thought the sprint would be an obstacle; but thanks to my knowledge I was able to fully recover.

You’ve done some incredibly hard races – was this harder?

Actually, it was the result of my three 80k races. The time I spent in La Misión was about approximately 20 hours, the technical difficulty of Petzl Trail Plus at Banos, Ecuador, and cold from Patagonia 80k at Torres del Paine. These three races made the Aconcagua for me.

Do you think you can better your own record more in the future?
It was a big gap, but I didn’t have many recovery days between the first and the second try; so I felt my body wasn’t at 100%. I think I might be able to break my own record, but I also believe those 10h17m are for me perseverance, and fight to achieve something I dreamed despite two previous failures.

The hardest part of the run?

The last 400 m. I felt I had no air, tiredness made me feel dizzy, when I knew I was about to finish my body started to respond extremely slow. I had to sit down and take deep breaths to get strength to continue.

What was the most enjoyable, comfortable, peaceful moment during that run?

The most enjoyable time was when I happened to be in the same spot where days before we had winds of 75 km/h. It just as I was getting to Colera, one of the camps. Whereas days before I suffered pain and difficulty, this time when I arrived the sun was rising, warming me, and the scenery was amazing. The mountain was offering the best weather, and it was there I felt I could make it.

What’s up next? More mountains, or more ultras?

Both! I want to keep my projects and be able to make a 170k. I will prepare for one ultramarathon per year. For instance, in 2018 I want to make my first 100k, then go for 120k and eventually 170k. I also want to do speed climbing in Ecuador in order to gain experience and, why not, try mountains outside of Ecuador. In my mind I have the goal of reaching 8000 meters. All step by step so I arrive at each goal with great joy! 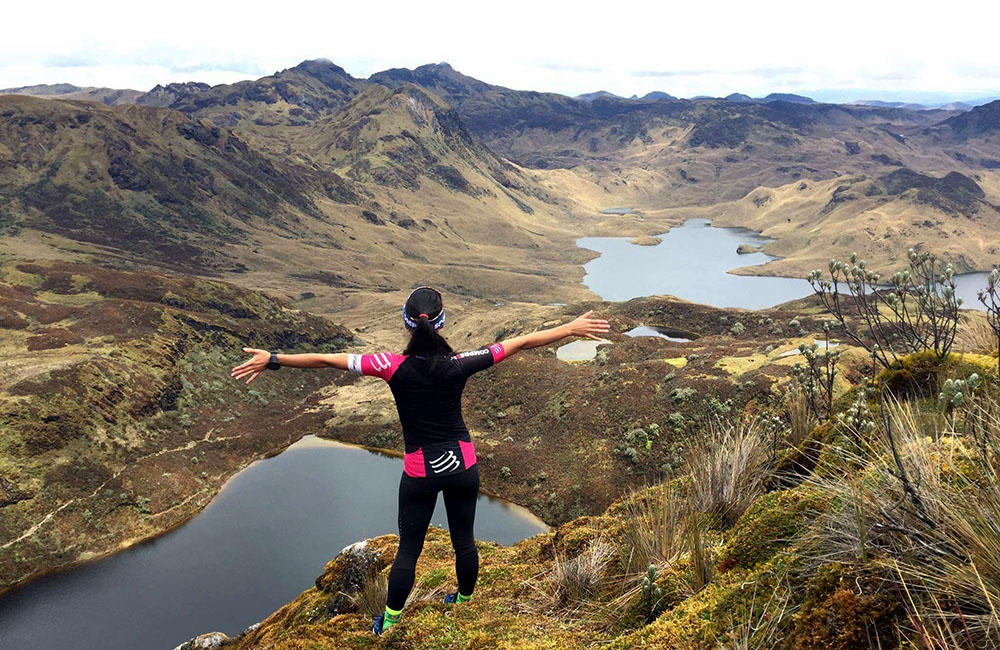