Nepalese mountain guide Tenji Sherpa climbed with the late Ueli Steck and has blazed his own trail as a high alpinist.

Suunto athlete Tenji Sherpa recently returned home to Lukla in Nepal after a difficult start to the climbing season at Everest Basecamp.The COVID-19 Indian variant was running rampant there. “Teams were stuck to their own sections at camp, different from past years where I could interact with friends working with other companies,” Tenji says. “It’s certainly a devastating situation that I hope soon begins to settle so autumn climbing can go ahead safely.”

It’s not only more guiding that Tenji, 29, is looking forward to; he has his sights set on some ambitious personal climbs. Tenji is part of a growing number of Nepalese sherpas who are breaking out of the mould of traditional Sherpa work and showing the world they can climb just as well, if not better, than many of their Western counterparts.

At the top of the list of goals, Tenji has unfinished business on Lhotse (8516 m), the fourth highest peak in the world. In May, 2018, in the memory of his friend and inspiration the late Ueli Steck, Tenji attempted to complete the same daring traverse trip the “Swiss Machine” met his tragic demise on in 2017. “Inspired by his strength and support, I sought to climb Everest without supplemental oxygen and traverse to the summit of Lhotse,” Tenji says. “Unfortunately, the weather became too risky to finish Lhotse.” 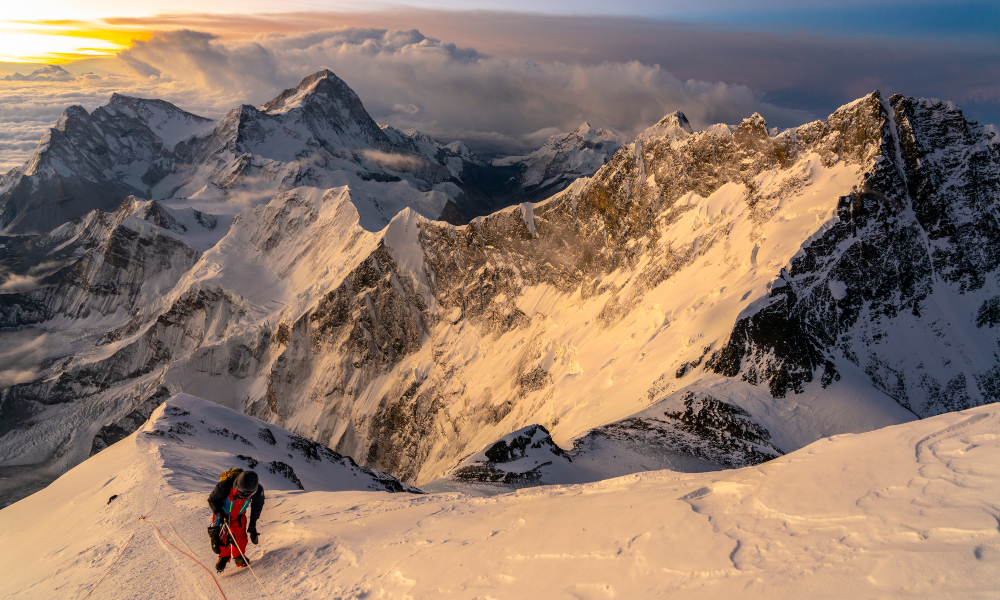 This photo was taken while filming the Everest VR movie. © Jon Griffith

Tenji was born and raised in a small village called Gudel in Solokhumbu district of Nepal. Life was simple, he had a three hour commute to school each day, at a time when sandals were considered a luxury and running shoes were unheard of. As a boy he watched as his brothers and other villagers set off to the mountains to work as porters and guides.

Village elders mentored Tenji to do the same and by 2007 he was working as a porter to pay to go to college in Kathmandu. “Moving to Kathmandu was a huge change from life in the shadows of Everest,” Tenji says. “I knew I belonged back in the mountains. As such, I started formal mountain training in 2012 while continuing to work as a porter in the high season.”

Tenji with the late Ueli Steck on Jungfrau in Switzerland in 2015.  © Tenji Sherpa

His work as a porter is how, in 2012, Tenji crossed paths with Ueli Steck, who had made a name for himself for his lightning fast solo ascents of some of the world’s most challenging mountains, culminating in his legendary solo climb of Annapurna’s (8091 m) south face. On the night of the climb, Tenji had a dream of Ueli standing at the summit. The dream turned out right.

“From our initial meeting at Everest Basecamp, Ueli and I had a connection that sparked a great combination for climbing together,” Tenji says. “Learning from him when we climbed Everest together in 2012 was inspiring and confidence building, leading to our ascent of the renowned north face of Cholatse (6501 m). Teaming with Ueli on that technical ascent, I became the first and still the only Nepali to climb the mountain.”

Tenji says Ueli became something of an informal teacher to him. He respected Tenji’s ability at altitude, his work ethic and drive to challenge himself. And Tenji was inspired by the Swiss Machine’s alpine climbing style – fast, light, and without oxygen. “Ueli taught me that if I have an idea, it’s up to me to put it into action.” 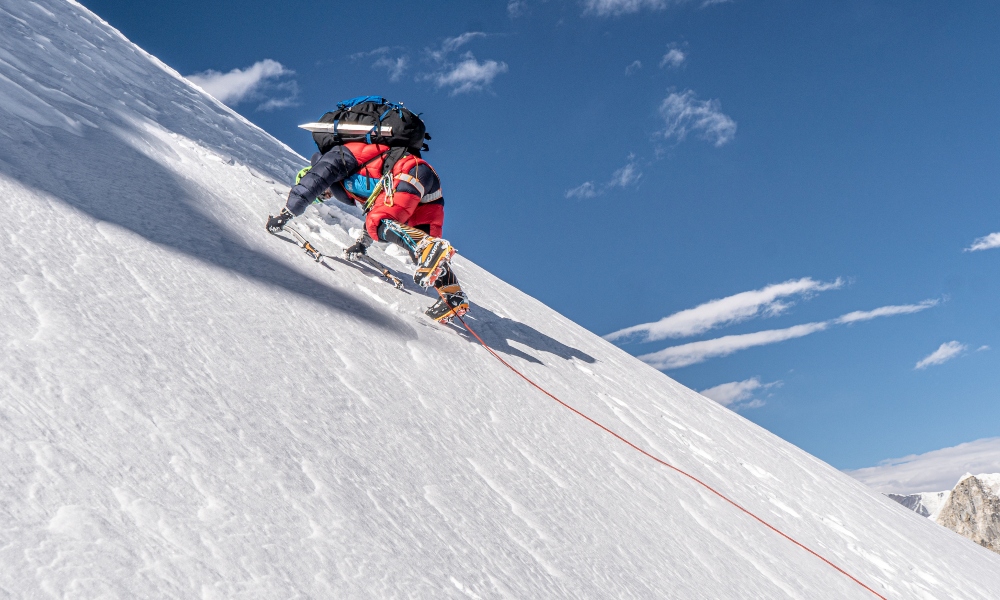 Guiding at the top

Now doing his own private guiding and working with a Swiss company, Tenji has summited Everest seven times and Manaslu (8163 m), and many 7000 m Himalayan giants. He’s pumped to take on new personal climbing projects, but has to sit tight until the pandemic is under control. The technicality of Cholatse’s north face continues to hold special interest for him.

When the pandemic first exploded Tenji was travelling abroad to meet climbers considering coming to Nepal. He got stuck in the U.K for five months before finding a way back to Lukla. He says the pandemic hasn’t been kind to Nepal’s guiding industry.

“Essentially more than a year out of guiding made for some challenging times,” Tenji says. “But despite the pandemic, the spring season this year has brought even more international climbers than any other year given that so many lost their climbs last year and that the Tibetan side is closed to foreign climbers.”

After years of climbing at the roof of the world, Tenji is perhaps better equipped than many to handle the unpredictability of living through the first global pandemic in more than a century. After all, what has alpinism taught him about life? “That it can change very quickly.”