Living a healthy active lifestyle can be easier when you have a significant other with similar goals. For all you active couples out there, we spoke with two experts on how you can train effectively as a team. Meet Jacqui and Ryan Giuliano – two triathletes who chase their best together.

Ryan entered his first triathlon when a college roommate challenged him to a race in 2006. He was the last one out of the water and says he was instantly hooked. In his junior year, he found himself enjoying triathlon so much he couldn’t pull himself away from it.

Jacqui got her start in triathlon while training for the Chicago Marathon. Ryan was coaching her at the time, and would add cycling and swimming workouts to her training to reduce the running volume. In 2010, he suggested Jacqui come with him to race the Buffalo Springs 70.3 triathlon. Jacqui finished nine seconds away from qualifying for the Ironman World Championships, yet despite an awesome result she wasn't hooked.

It wasn't until their wedding day in 2012 that Jacqui decided to get serious about tri. On that special day, Ryan shared his dream with her. "Today's the day of the Ironman World Championships," he said to her. "We should be there next year." They made their wedding vows, and an ambitious sport vow. 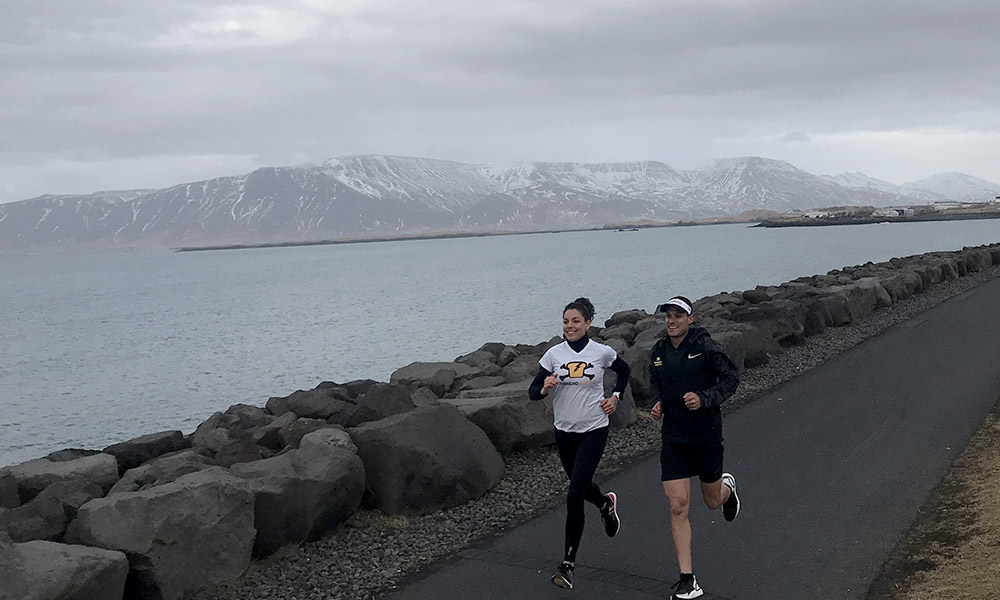 Both Jacqui and Ryan are getting ready to race Kona Ironman this October.

Here are their top 5 tips to train effectively as a couple:

1. Set up a workout room

We train a lot indoors as it's time efficient, safe, and allows us to train together when our schedules align.

We always know what we have going on and when we will be doing our longer sessions as those sometimes can take the entire day. Planning ahead keeps us accountable to those times and aware of when we will be free together.

Having meals planned out for the entire week gives some flexibility in the evenings when we are a little more time crunched and trying to get workouts in.

4. Understand this sport can sometimes require you (or your partner) to be selfish

There's often times that you might miss out on time spent together. Things come up every week where workouts get moved for whatever reason, and it takes away time being spent together, which leads to the next tip.

Our favorite is having brunch or ice cream together. In the past, we have even set up having brunch together once per week to try out new restaurants and wouldn't let any workout get in the way of that.

Even if/when your training/racing isn't going as well as you'd like, it is so important to be there for your partner and support them through their highs and lows as well.

Look for the Giulianos at the IRONMAN Kona World Championships in a few weeks!